The investigations of the disappearance of Crystal Arensdorf and the death of Kenny Joe Johnson still remain a part of CID. Investigators continue to follow up on any new leads that emerge over the years and re-examine archives, with the goal of bringing justice and closure to the families.

Crystal Ann Arensdorf, date of birth 02/01/81, was last seen during the early morning hours of July 4th, 2001 at Knicker’s Saloon, 2186 Central Avenue in Dubuque, Iowa. Earlier in the evening Crystal watched the annual fireworks display by the river, then went to Knicker’s with several friends. Family members became concerned when Crystal was not seen or heard from later in the day, which was completely out of character for her.

A missing person investigation began, which led to the follow up of hundreds of leads in the tri-state area.  All patrons in Knicker’s were identified and interviewed, and several polygraph exams were administered.  The investigation remains open. 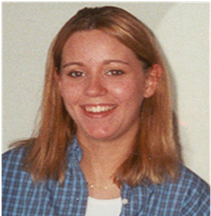 On October 10, 1987 at approximately 8:45 AM, a fisherman discovered the body of a young white male lying on the sandy beach area of Maus Park in Dubuque, IA. Upon police arrival the individual was found to be deceased and was ultimately identified as 14-year old, Kenny Joe Johnson.

At the time of his death, Kenny Joe was a resident at Hillcrest Family Services and attended Central Alternative High School. Kenny Joe was originally from the Davenport area and had been in town for approximately one month prior to his death.

Through the investigation it was determined that Kenny Joe died of unnatural causes. To date hundreds of leads have been identified and followed up on. Despite this, the offender(s) responsible for Kenny Joe’s death remain unknown. This investigation remains open and anyone with information regarding the death of Kenny Joe Johnson is asked to contact the Dubuque Police Department.

Anyone with information about this case is urged to contact Cpl Chris Gorrell at 563-587-3806 or by email. 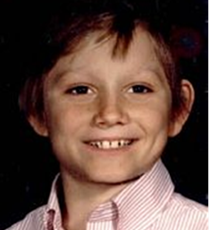