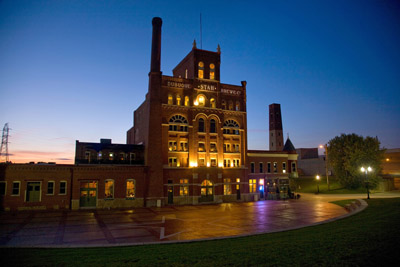 The Dubuque Star Brewery is a visually dominant, five-story brick brew house located in the Port of Dubuque. Typical of other breweries built in its era, it is designed in Romanesque style. Iowa's oldest brewery was founded by the Rhomberg family in 1898. It was forced to close, along with other breweries, with the beginning of Prohibition and it reopened in 1933 with its repeal.

Bottled beer was first produced by the brewery in 1935. Cans were first used in 1975. Dozens of labels were created including "Iowa Lager," "Holiday," "Dubuque Star," and "Dubuque Star Select." 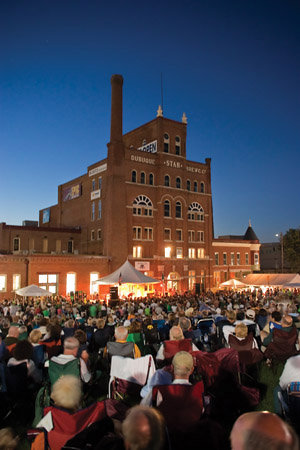 The brewery changed hands several more times before the City of Dubuque acquired it through eminent domain proceedings as part of the America's River Project in the early 2000s.  Today, the Star Brewery Complex features an historical display on the building’s past on its ground floor. Stone Cliff Winery also operates on the ground floor with an expanded winery and tasting center. Upper floors are leased office space.

Live music, festivals, and special events take place in the Alliant Energy Amphitheater, which sits behind Star Brewery along the riverfront.  To reserve for a special event, contact the Leisure Services Department at 563.589.4263 or by email.