Artist’s Statement
Much of my work depicts some abstract reality of nature or life. This piece started as scraps of metal that were welded together. After a while it began to look more insect-like and I was told to read The Metamorphosis by Franz Kafka. This story involves the sorrows of a man that transforms into a monstrous bug who lives with his family and is eventually killed. This story influenced me to create a piece with insect body parts and human-like features.

Artist’s Bio
I'm from a town nestled in the Loess Hills in western Iowa called Dunlap. I just graduated from the University of Northern Iowa with an Art Degree with an emphasis in sculpture in December. And in the spring '13 three of my works were in the Northern Iowa Student Show. 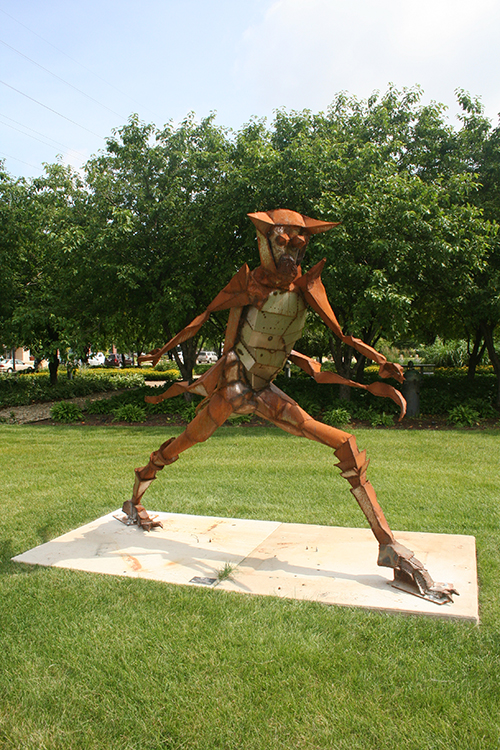