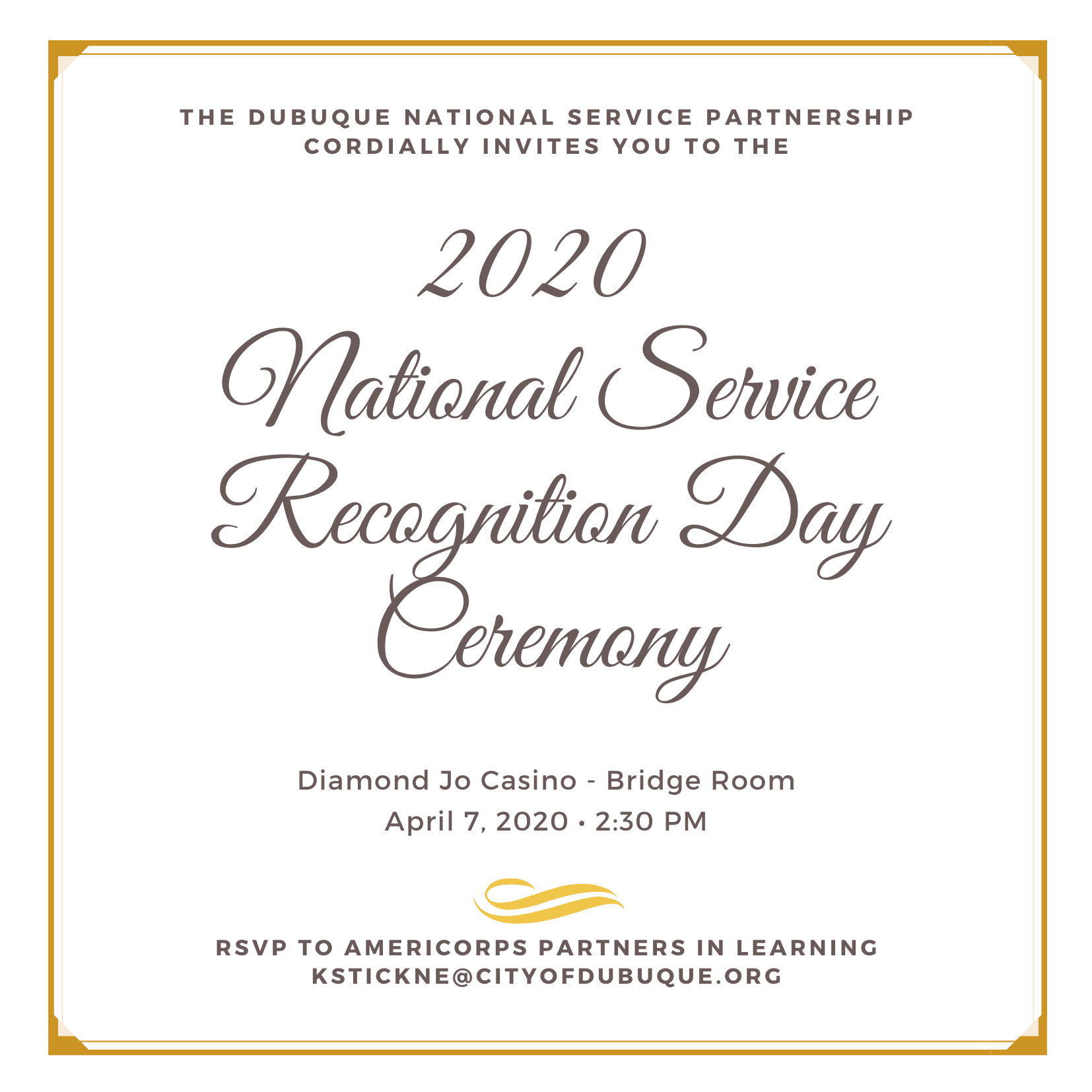 Submit your nominations here!
Next Previous

The Dubuque National Service Partnership (DNSP) is a collaborative effort of Corporation for National and Community Service programs in Dubuque, IA, including a variety of Senior Corps and AmeriCorps programs. DNSP exists to promote and foster a culture of service in our community by: 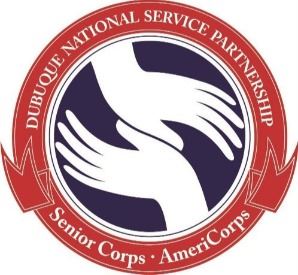 On National Service Recognition Day, thousands of local leaders across the country honor AmeriCorps members and Senior Corps volunteers by participating in recognition events, issuing official proclamations, and taking to social media in a nationwide show of appreciation.

This annual initiative takes place the first Tuesday in April, and is led by CNCS, the National League of Cities, the National Association of Counties, and Cities of Service. Mayors and city leaders, county officials, and tribal leaders across the country are using national service more and more to solve their community’s toughest challenges.

In Dubuque, the DNSP hosts an annual ceremony to recognize National Service in our community through issuing two awards:

Nominations for the Champion of Service Award are evaluated in the following areas:

Nominations for the Impact Award will be evaluated in the following areas:

CNCS, America’s leader in volunteering and service efforts, engages approximately 300,000 AmeriCorps members and Senior Corps volunteers in national service at more than 50,000 locations each year. Through partnerships with schools, faith-based groups, non-profits, and local agencies, national service members are embedded within the communities they serve, using their ingenuity and training to make a tangible, lasting impact. Whether responding to natural disasters, tackling the opioid epidemic, educating students for the 21st century workforce, or supporting veterans and military families, AmeriCorps members and Senior Corps volunteers help local leaders strengthen their communities.