Carnegie-Stout Public Library built in 1901, was designed by Williamson and Spencer of Chicago in the Neo-Classical Revivalist or Classical Beaux-Arts style at a time when more marble was being used in the United State than was used in the Roman Empire during its entire history.

Andrew Carnegie donated $60,000, the Stout Family the land, valued at $20,000 and the Young Men’s Library Association $15,000 and the library's start-up collection (their library).  The north and west sides are built of Indiana Bedford limestone. The Roman Corinthian portico is modeled after that of the Pantheon in Rome and supported by fluted columns.

The interior is elaborated with classical plaster denticulation, ornate copper railing and light fixtures, marble flooring and varnished white oak woodwork. An elaborate central rotunda with a 13-foot diameter light well in the dome facilitates circulation in the building. There are eight circular Corinthian columns with frieze and cornice ornamentation on the second floor of the rotunda area. 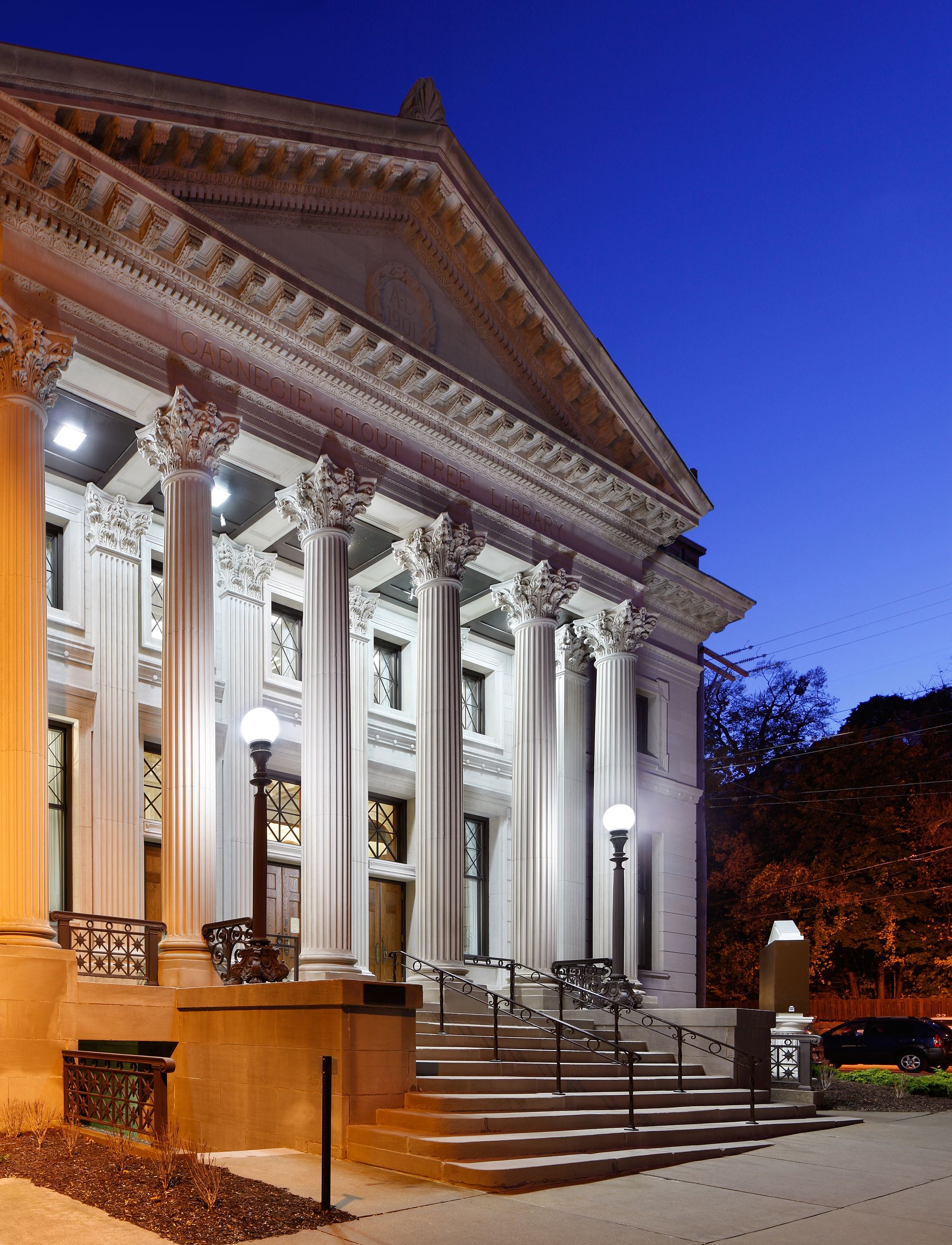