There is strong evidence that some of the originally exposed column base is now buried, as is an estimated 15-20 feet of stone foundation. The load-bearing masonry walls are progressively reduced from a base width of three feet to just one foot at the top of the tower. The base measures 19’2” square, while the cap measures 12’4” square. The square interior shaft is a consistently square 13’2” x 13’2”.

Operations
Lead was melted at the base of the tower, hoisted to the top, poured through screens of different gauges, tumbling smoothly round as it fell into the water vats below. The shot was then sorted and packed. When completed, the tower could produce between 6 to 8 tons daily, but it was rarely operated at full capacity due to being bought by competitor Chadburne and Forster in 1862.

Additions
From 1872 - 1881 a statue of Andrew Jackson on horseback stood on top of the shot tower. In 1877, a permanent interior spiral staircase was constructed. In 1881, a framed glass observatory was added to the top of the shot tower to convert it into a fire watchtower for Standard Lumber Company, which occupied seven blocks around the tower. In 1911, an arson fire gutted the Shot Tower. The Shot Tower was surveyed by the Historic American Building Survey - Historic American Engineering Record in 1934. The tower stood roofless until a concrete cap with a hatchway was added to the tower in 1960 and replacement brick was used to reconstruct the lost upper portion of the top floor. This was paid for through the fund-raising efforts of a "Save Our Shot-tower" campaign. 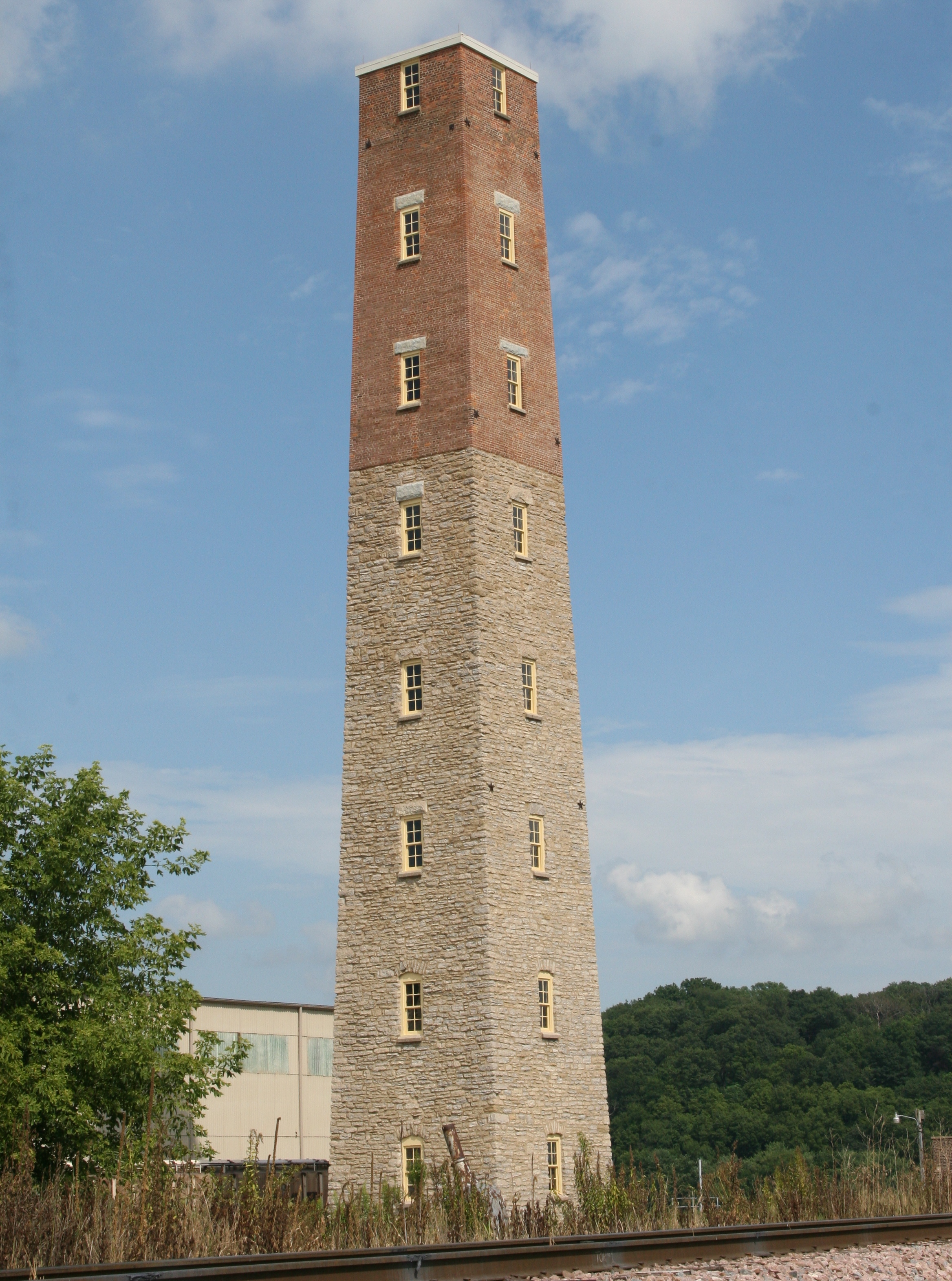