Download a PDF of recent awards and recognition here. 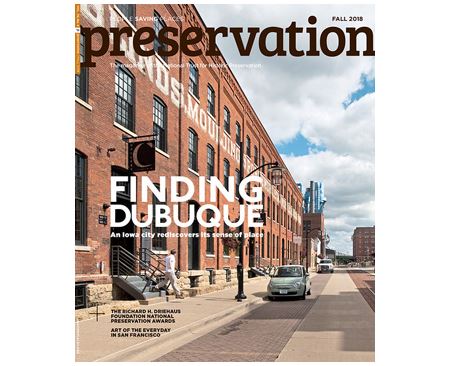 Dubuque was featured in a nine-page article entitled “Heart and Soul” in the fall issue of Preservation, the magazine of the National Trust for Historic Preservation. The article can be viewed at www.savingplaces.org/preservation-magazine.

The publication’s cover features a photo of Dubuque’s Historic Millwork District and “Finding Dubuque:  An Iowa city rediscovers its sense of place.”  The article explores Dubuque’s current and past historic preservation efforts and projects.  The author said her visit to Dubuque “helped me understand the unusually deep and detailed public-private partnerships that are making Dubuque a model of economic development and community revitalization.” 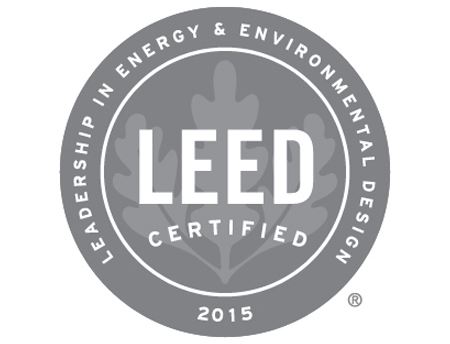 As one of the 75 STAR-certified cities and counties in the U.S., Dubuque was recently named a LEED-Certified City.  STAR stands for Sustainability Tools for Assessing and Rating Communities. STAR Communities is a national framework for measuring and advancing local government’s environmental, economic and community efforts to achieve sustainability. Leadership in Energy and Environmental Design, or LEED, for is a program from the U.S. Green Building Council (USGBC) that advances healthy, green, and economically strong cities and communities.

Dubuque scored 100 on the 2018 Municipal Equality Index, issued by the Human Rights Campaign (HRC), in partnership with the Equality Federation Institute. The index is a ranking of municipalities across the country based on the inclusiveness of their laws, policies, and services for lesbian, gay, bisexual, transgender, and queer (LGBTQ) residents.

Since 2012, the HRC has issued the annual Municipal Equality Index, ranking cities on a scale from zero to 100 based on 44 criteria covering non-discrimination laws, the municipality as an employer, municipal services, law enforcement, and the city leadership’s public position on equality. Dubuque’s 2018 score of 100 represents an increase from 2017 when the city’s score was 94.  The increase in score was due to offering transgender-inclusive healthcare benefits for City employees.  Dubuque’s score of 100 is significantly higher than the national city score average of 58 points. 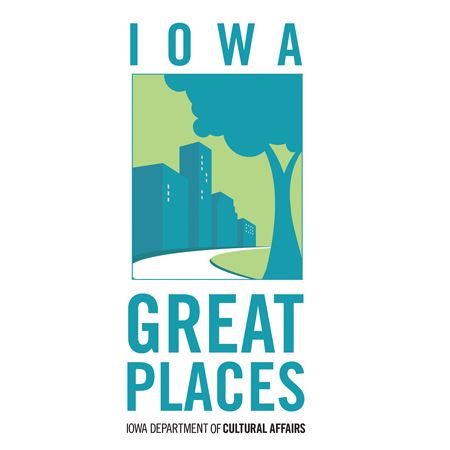 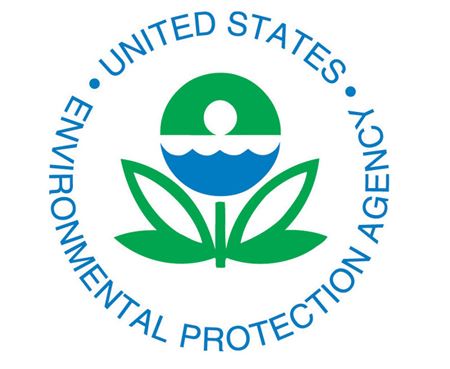 The U.S. Environmental Protection Agency (EPA) Region 7 awarded the City of Dubuque the LEAFS Award in April 2018 for excellence in site reuse for the construction of the Jule Operations & Training Center at the former Peoples Natural Gas Co. EPA Superfund site. 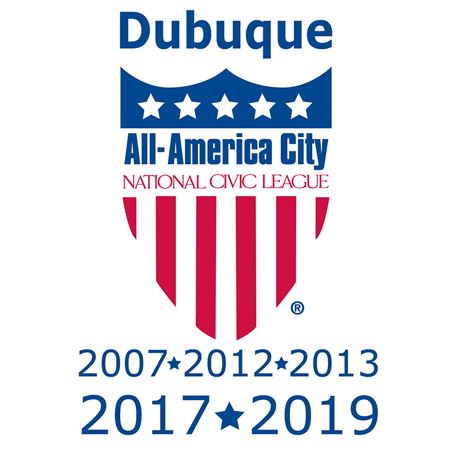 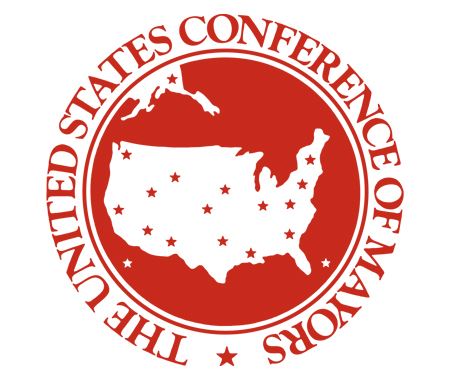 Mayor Roy D. Buol was awarded an Outstanding Achievement Award for the Bee Branch Watershed Flood Mitigation Project at the 2017 City Livability Awards in June 2017. The Conference of Mayors City Livability Program, sponsored by Waste Management, Inc., recognizes mayoral leadership in developing and implementing programs that improve the quality of life in America’s cities, focusing on the leadership, creativity, and innovation demonstrated by the mayors. Established in 1979, the City Livability Awards are given annually to ten mayors and their cities–a first-place award and four Outstanding Achievement Awards for cities under 100,000 population, and a first-place and four Outstanding Achievement Awards for cities of 100,000 or more inhabitants. Read News Release

The U.S. Conference of Mayors named Dubuque as one of only 26 metros to completely recover jobs lost during the recession.

Outstanding Achievement Award for Cities Under 100,000 Population. This award honors mayors and their city governments for developing programs that enhance the quality of life in urban areas. Presented by the U.S. Conference of Mayors.

Alot Travel ranked Dubuque #12 on its list of the “30 Best Small Cities in the United States” for 2017. Dubuque was the only Midwestern city in the top 20 and one of just two Iowa cities to make the list. Read News Release 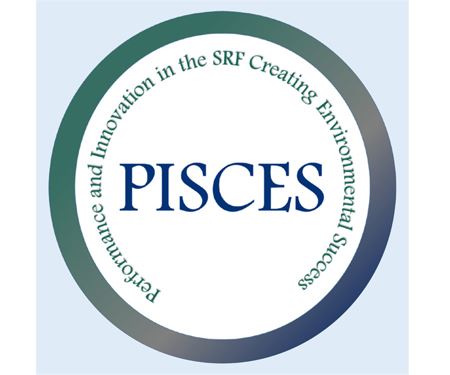 The Bee Branch Creek Restoration Project was recognized in late 2017 by the U.S. Environmental Protection Agency (EPA) for excellence and innovation in clean water infrastructure through the Performance and Innovation in SRF Creating Environmental Success (PISCES) program. The creek restoration was one of just 28 projects by state or local governments, public utilities, and private entities that were recognized. Read News Release

Dubuque earned the Excellence in Economic Development Award in the category of Public-Private Partnerships for the redevelopment of the Roshek Building. This program annually recognizes the world’s best economic development programs and partnerships, marketing materials, and the year’s most influential leaders.  Read News Release


The National League of Cities (NLC) selected Dubuque for its first place award in the 2016 NLC City Cultural Diversity Awards to the City of Dubuque for the City’s support of Inclusive Dubuque and its efforts to develop a community equity profile. Read News Release

MOVOTO Real Estate named Dubuque to it's list of "America's Best Small Cities To Move To." 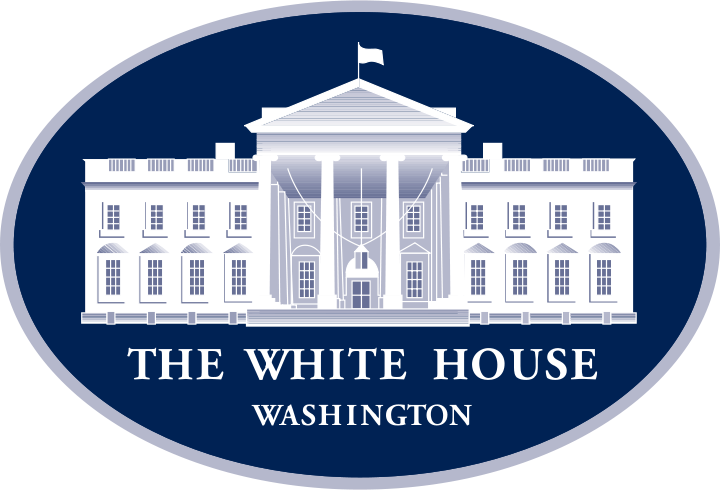 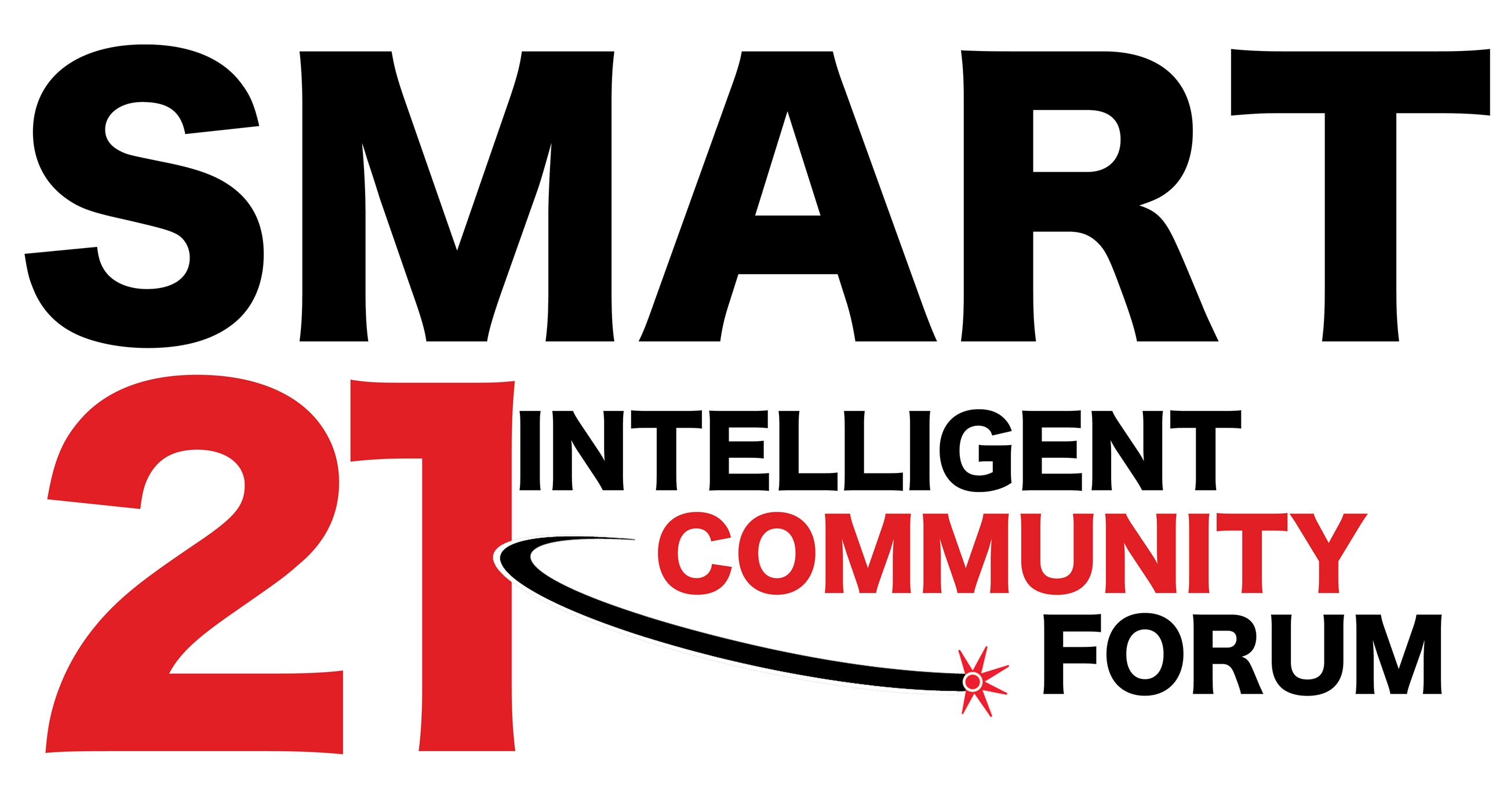 One of the 10 Best American Cities to Work in Technology

The website SmartAsset.com has named Dubuque one of the 10 best American cities to work in tech.
Dubuque ranks ninth in a list topped by Omaha, Neb., a city boasting five Fortune 500 companies. 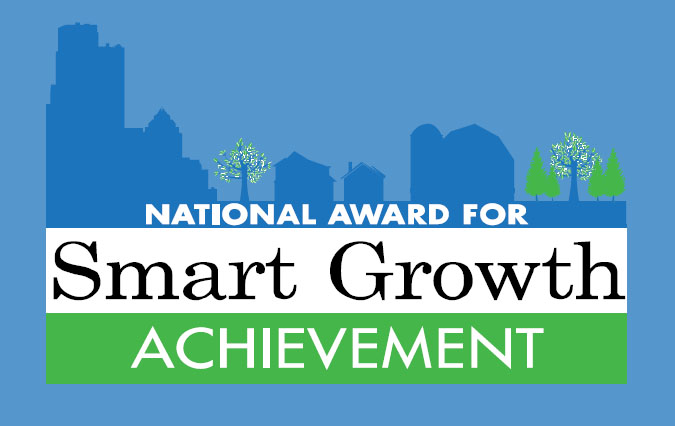 EPA National Award for Smart Growth Achievement - 2013
The U.S. Environmental Protection Agency (EPA) named Dubuque a recipient of its 2013 National Award for Smart Growth Achievement. Competing in the “Corridor or Neighborhood Revitalization” category, Dubuque was selected for revitalization efforts in the Historic Millwork District and Washington Neighborhood. The EPA produced a video featuring Dubuque’s efforts related to smart growth. The video will be shown at the awards ceremony and link is available at: www.cityofdubuque.org/smartgrowthaward.

America's Crown Community - 2013, 2009, 2003
Dubuque was one of only three cities in the country to receive this award. The award acknowledges the recent completion of Dubuque’s Water & Resource Recovery Center project, a three-year, $65 million upgrade of the city’s wastewater treatment plant.. Read News Release 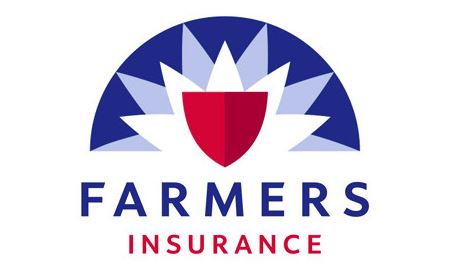 10th Most Secure Small City in the U.S. - 2013
Farmers Insurance named Dubuque to it's list of most secure small cities in the U.S. 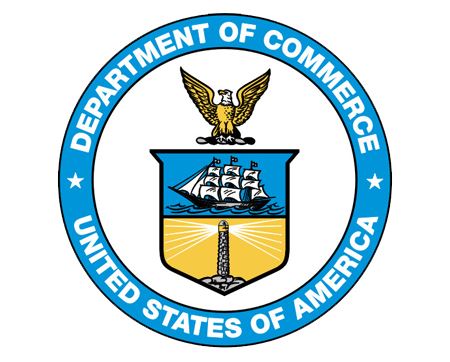 Dubuque Soars in Upward Mobility
Recent findings from The Equality of Opportunity Project show that children raised in the greater Dubuque area are among the most likely in the nation to move upwards into a higher income class. The study, conducted by researchers at Harvard University and the University of California, Berkeley, found that children who were born to parents in the nation’s lowest income quintile had a 17.9% chance of being in the highest income quintile before reaching age 30. This is well above the national average of 10.6% and, of the 741 metropolitan commuting areas examined, places Dubuque in the top 60.

When compared to similar-sized commuting areas with a population between 150,000 and 200,000, Dubuque ranks first out of 58, and by a sizable margin; Dubuque’s 17.9% likelihood is 2.1% greater than the next-highest probability, and is nearly double the national average of 9%. Dubuque ranks first among the ten largest cities in Iowa, also, with nearly a 3% higher probability than the next-largest city at 14%.

The rankings place an emphasis on small and mid-size cities, considering metro areas with a population of 1 million or less that have good jobs, reasonably priced homes, decent schools and access to great health care, according to a news release.

The Ash Center for Democratic Governance and Innovation at the John F. Kennedy School of Government, Harvard University has named Smarter Sustainable Dubuque as one of the Top 25 programs in this year’s Innovations in American Government Award competition. The Top 25 government initiatives represent the dedicated efforts of city, state, federal, and tribal governments and address a host of policy issues including crime prevention, economic development, environmental and community revitalization, employment, education, and health care. Read News Release

Dubuque has scored another U.S. Top 20 recognition ranking 14th on Forbes’ list of “Best Small Places for Business and Career.”

The ranking took into consideration 12 metrics related to job growth (past and projected), costs (business and living), income growth over the past five years, educational attainment (college and high school) and projected economic growth through 2014. Click here for more information

Dubuque was named the top-ranked city in the nation on Forbes’ list of “The Best Small Cities to Raise a Family.” The listing ranked cities with populations under 100,000 by quality-of-life measures that make living easier for families, such as education level, median household income, rate of home ownership, housing affordability, and average commute time. Click here for more information.
Read News Release 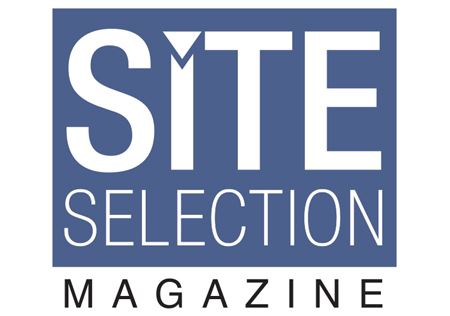 Named 5th in the U.S. in "Top Metropolitan Areas" - Site Selection Magazine, 2013
The nation’s leading publication for site-location and corporate real estate professionals has placed Dubuque with some elite company for business growth and expansion. Site Selection Magazine’s annual “Top Metropolitan Areas” places Dubuque at 5th in the U.S. for Metro areas with under 200,000 people. 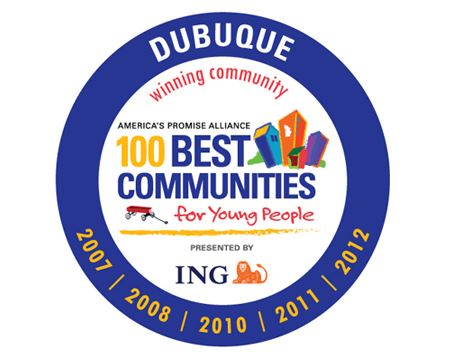 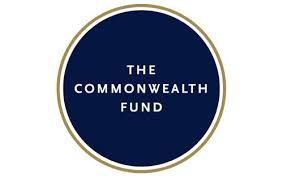 Dubuque Ranks #5 for Resiliency - Building Resilient Regions, 2011
Dubuque was named one of the most resilient cities in the nation. The city was ranked fifth out of 361 cities nationwide in a study of resiliency capacity that evaluates a community's economic capacity to bounce back from adversity, strength of demographics, and community connectivity. 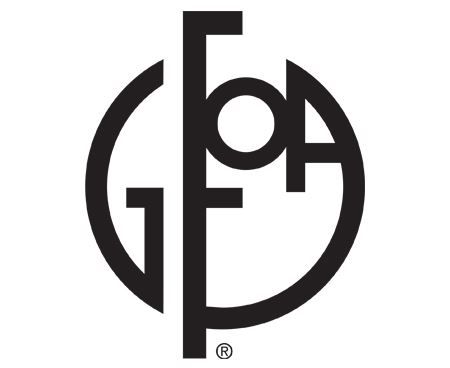 This is the Certificate of Achievement for Excellence in Financial Reporting. The City has received this award for 30 consecutive years.  Read News Release

According to the GFOA, this award reflects the commitment of the City and City staff to meeting the highest principles of government budgeting. The City has received this award for thirteen consecutive years. In addition, the City received "Special Capital Recognition" for its presentation of capital expenditures and impact of capital investments on operating budget. Read News Release

The Dubuque metropolitan statistical area ranks 18th nationally, the only Midwestern region in the U.S. Top 20 job growth rankings by Moody's. Moody's analyzes the top 392 metro areas in the country. 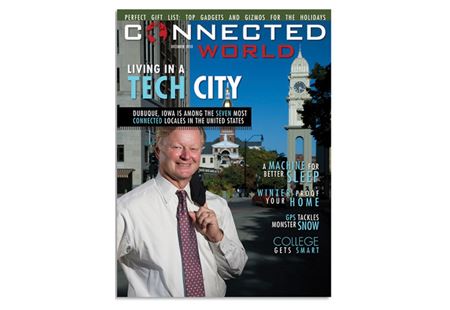 Dubuque was named one of the seven “Most Connected Locales” in the United States in 2010 by Connected World Magazine.

International LivCom Awards, 3rd Place - 2010
Dubuque was named a third-place finalist and gold-standard community at the International Awards for Livable Communities (LivCom). Dubuque was the highest-ranked American city in the “whole city” award category for communities with populations of 20,000 - 75,000.  Read News Release

One of the Ten Smartest Cities on the Planet - 2010

Fast Company, a business magazine, recently named Dubuque number eight among their Top 10 Smartest Cities on the Planet. The magazine focused on IBM's impact on the city and the 2009 declaration that Dubuque would become the "first integrated, smart city" in America, with interlocking systems watching the interplay between water, electricity and transportation.

Dubuque was the only city in America on the list. 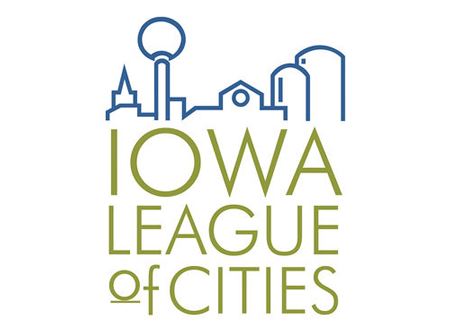 Dubuque was one of five of Iowa’s 947 cities to be named a 2010 All-Star Community by the Iowa League of Cities. The project was recognized specifically for sustainability. The All-Star Community Award is one of the most prestigious honors presented by the League to cities.  Read News Release

The Natural Resources Defense Council (NRDC) named Dubuque one of its “2010 Smarter Cities,” a list of 22 municipalities that are leading the way in green power, energy efficiency, and conservation.

Awarded by RelocateAmerica.com to the Top 100 communities with visionary leaders, improving or thriving economies including housing & realization of "green" initiatives.
Report a Concern
Make a Payment
Contact Us
Notify Me®
[]