What is zoning and why do we need it?

Did you ever wonder exactly what zoning is and why it is needed?   Zoning often gets a “black eye” because many people simply view it as a set of rules and regulations that prevent property owners from fully utilizing their property for all of the things they want to do.   Just a set of bureaucratic rules, right?    Well, let’s examine what those rules cover and why they are necessary to create and maintain a healthy, efficient and functional community.

Cities grow over time and this process results in the creation of new residential subdivisions, commercial developments, industrial parks, hospitals, schools, churches, parks, streets and utilities that are often constructed on undeveloped property.  Also, some development occurs in existing neighborhoods through demolition, additions, infill and redevelopment of older buildings. 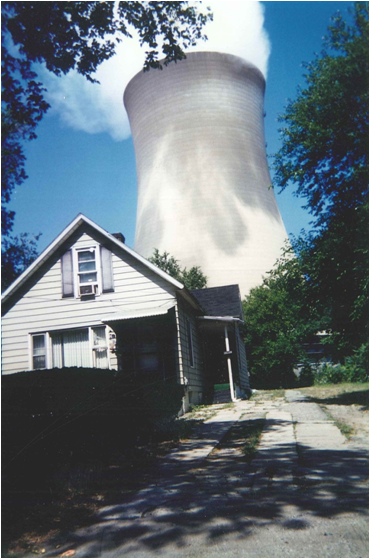 One of the most important functions of zoning is to separate or buffer incompatible uses from one another.  This requires that uses such as residential, commercial and industrial be assigned a zoning district designation.  Then, the uses that are similar in nature and intensity are grouped into the appropriate district.

This zoning designation process helps separate incompatible uses from each other. The zoning helps to separate the safe, relatively quiet nature of a residential neighborhood from the noise and heavy traffic often seen with commercial establishments.   This helps mitigate or reduce conflicts and protects the value and enjoyment of both the residential and commercial properties.    In general, zoning helps to maintain the residential character of a neighborhood and protects the neighbors from incompatible land uses.

When someone proposes a new use of property that is not allowed by the current zoning district, he or she must apply for a rezoning. With each rezoning, the applicant is given a chance to present his or her proposal, and the nearby property owners are given a chance to comment on that proposal. Comments can be made in writing, via email, and in person at the Zoning Advisory Commission and City Council public hearings.   This rezoning process provides open communication between the applicant, the neighbors and the City officials regarding the current and proposed use of property through a public process.   Without zoning and a public process to request rezoning, it would be risky to invest in new development, or redevelopment, because there would be no guarantee that the neighborhood would be relatively stable and that development on adjacent property would be regulated.

Zoning also regulates the location of buildings through setbacks (the distance the building can be located from the property line), height limits and parking requirements.   All new construction is required to meet current setbacks. Existing buildings may be “grandfathered” (allowed to remain as is) if they were built before the zoning regulations went into effect.

The intent of setback regulations is to create fire separation, to provide ease of access between structures for fire fighters and other emergency personnel, to insure adequate light and ventilation between and behind structures, to allow for adequate outdoor recreation area, to create permeable area for rain water to infiltrate, and to permit adequate space for a car to park so as to not hang over the sidewalk.

Without these setbacks, a neighbor could build a house directly adjacent to your property and block your view from a kitchen window, or from your driveway to the street, for example. 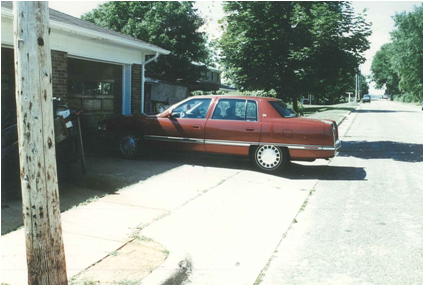 Maximum building heights are regulated by zoning district with limits being set for each district.   Building height is regulated so that a structure will not tower over an adjacent property potentially shading the lot and blocking the view.

Zoning regulations require that a new or expanded residence or business provide a certain number of paved off-street parking spaces except in certain downtown areas, where public parking is provided.  There is a balancing act between requiring too much or too little parking.   Each residence or business may create more or less demand on parking than another.  So, the parking requirements represent an average that is intended to supply enough parking without being too costly and without eliminating more green space than is necessary.

Zoning regulations also require landscaping of new development and parking lots that is intended to infiltrate storm water, buffer parked vehicles, noise and activity from adjacent properties and the public right-of-way and to beautify the community.

Finally, zoning also regulates the storage of vehicles and other materials on properties. Different rules apply in different zoning districts.  On residentially zoned property, the storage of vehicles is limited in an effort to prevent an accumulation of junk or inoperable vehicles which can have a negative impact on the value of property in the neighborhood.

So, we can see how zoning regulations help preserve neighborhood character, protect property values, and provide all property owners with a clear set of rules and regulations that are flexible enough to encourage quality development, but also prevent development of buildings and uses that may be harmful to neighborhoods and the community.

All Zoning Advisory Commission meetings are aired live on CityChannel Dubuque.  To view archived meetings, visit the media page on our website.
Report a Concern
Make a Payment
Contact Us
Notify Me®
[]